“Moscow-based photographer Olga Barantseva has built quite an oeuvre of mesmerizing imagery consisting of models posing with animals such as bears, wolves, raccoons, ostriches, owls, crocodiles, and snakes.

Watching a small, fragile human kissing or riding on the back of a 1,500 lb., 7-foot-long brown bear is jaw-dropping at first sight. But don’t be alarmed, as this is one of a kind bear, Stepan, and the scene is a photographic fairy tale.

Hunters rescued him when he was a starving and orphaned 3-month-old cub. He was then raised by his owner, a circus trainer. Once he had grown up, he was too domesticated to be released back into the wild.

Today, Stepan the bear at age 20 has been an actor in 20 Russian movies and is an in-demand photo model. His diet consists of fish, vegetables and eggs. Stepan loves interacting with humans and even posing for photos. However, some mozzarella and sweet cookies make him even more cooperative and he opens his mouth wide to show his wild side. 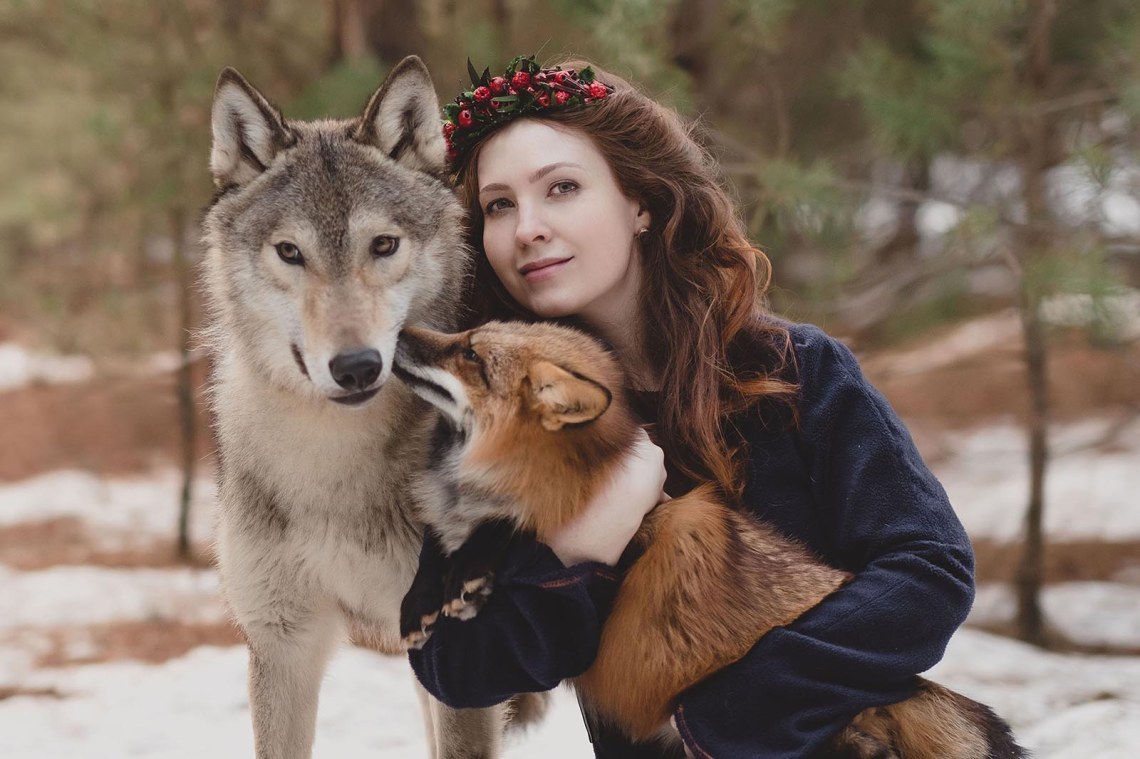 He has even performed (we don’t know under whose authority) a wedding ceremony where he declared the couple to be man and wife!

Barantseva, a portrait photographer, grew up loving nature and wildlife. She took up photography in 2007, and in 2012 she decided to combine her passions by photographing models with wildlife in a forest near Moscow. She also loves the vintage look and fairy tales, so you will see both in her imagery. All her portraits are captured with natural light.”

We have to caution all photo enthusiasts that, these images were taken in very controlled situations. PLEASE do not try to take selfies with bears or any other wild animals as they can act unpredictably fast for any human to take evasive action.”

To support our Animal Protection advocacy, or to donate towards our endangered species project see these links: Universal Giving  or PayPal Giving Fund