Please, before you go to sleep tonight, think of ways you can reach out and help all the creatures out there—–humans as well.
Education, preservation, conservation are the keys to protect all of our friends, including us, for future generations.
If you see any of these friends on your travels give them a hug. Well, perhaps not all of them…
Babirusa. This amazing critter lives on Sulawesi, and on a few other islands in Indonesia. You may have noticed that the upper canines on the male actually erupt through the top of his face. They look a little more like antlers rather than tusks.
The name Babirusa means “pig deer” in Malay

Babirusas are wild members of the pig family (Suidae), but they differ from other pigs in several ways. Their snouts are not as specialized as those of other pigs. Babirusas also have complex, two-chambered stomachs, which are more reminiscent of the digestive systems of sheep and other ruminants than those of their fellow pigs. Scientists think babirusas branched off from the rest of the pig family early in its evolution. 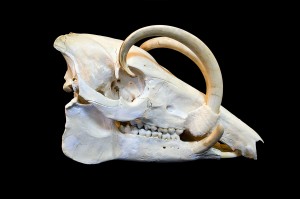 But what are those tusks for? It’s actually a mystery. One hypothesis is that the males use their tusks during fights over females. It seems reasonable, until you look at how babirusas really fight. They don’t hook tusks, but stand up on their hind legs and “box” each other with their front hooves. Additionally, babirusa tusks aren’t built to withstand much pressure; they are brittle and easily broken, not at all suited for combat. It seems likely that the tusks serve a display purpose, perhaps signaling genetic fitness to females, but this is an idea that hasn’t been tested. For now, the purpose of those marvelous tusks is still a mystery. 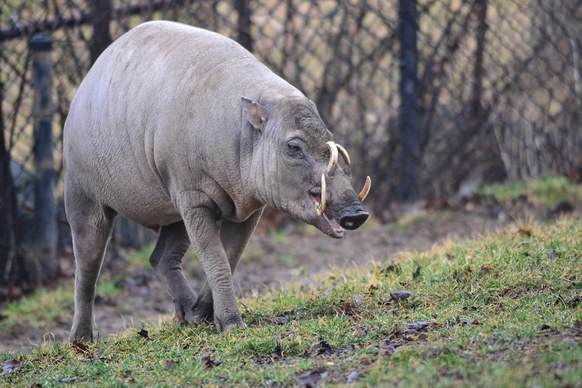 So, if you run into one of these critters be kind to them.

To support our Animal Protection projects, or to donate towards our endangered species project see these links: Universal Giving  or PayPal Giving Fund