“The air quality in parts of Seattle is currently worse than Beijing, according to the US Environmental Protection Agency.
It is due to smoke from more than 500 forest fires blowing across the Canadian border, blanketing large areas of the Pacific Northwest.
On Monday, a monitoring station in the city of Spokane near the border hit 382 out of 500 on the Air Quality Index, which is ranked as hazardous.
Elsewhere in areas of Washington state, Idaho and Oregon, the air quality has been ranked as “very unhealthy”, with Seattle reaching 249.
The city’s night-time low ranking is 161, still considered unhealthy.
Beijing’s current air quality ranking is 62 as it enjoys some of its clearest skies in years after a government drive to cut back on coal burning.
The measurements in Seattle are the worst in the country, and the worst Washington state has seen since records began in 1999.
Thick smoke combined with relatively high dew points has also seen the city experience its second-highest overnight temperature on record at 68F (20C), said the National Weather Service.
A “stage 1 burn ban” was issued on Monday in the Seattle area, prohibiting all outdoor burning including wood and charcoal.
The limited visibility has also created delays at Seattle-Tacoma Airport, according to the Federal Aviation Administration, with greater aircraft separation in place.” 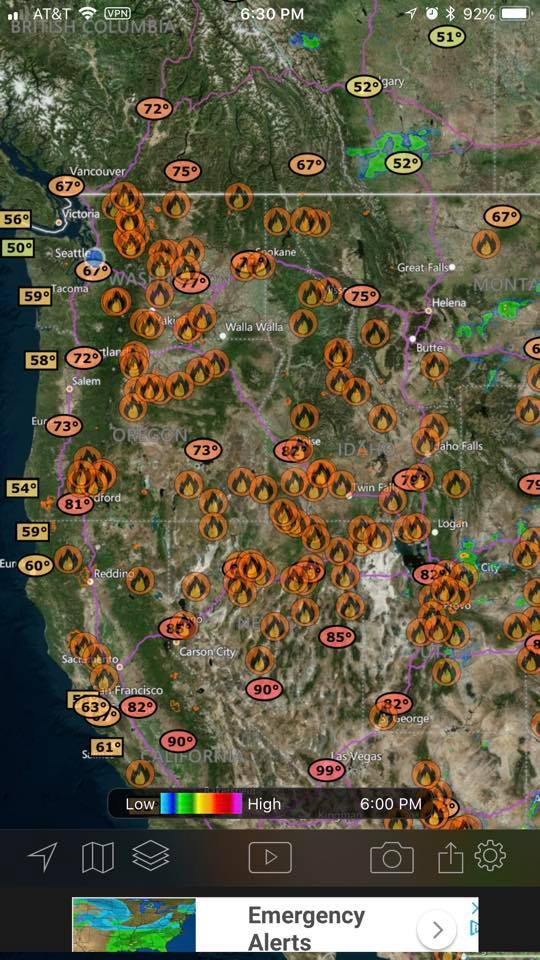