London Times – 5 January 2020
“Even people who have been battling fires for 50 years say they’ve never seen blazes like this. It’s the sheer size of it. Sometimes you wonder what you’re doing there — when it’s very hot and you’re very uncomfortable, blinded by smoke. But there’s a great sense of camaraderie and respect for each other.
In our brigade there are 40 of us, all sorts: plumbers, software engineers, people who fix horses’ teeth. We do a shift here, a shift there; we have understanding employers and families. It’s not about being heroes. The idea is to support your community.
When the pager goes off, you just go and do it, from 7am to 7pm and then overnight. It’s challenging.
Some fires are containable — you just put down a bit of water and that’s it. But this is different. We simply don’t have enough trucks or aircraft to stop the fires.
You hear a lot of talk about how Australia’s always had bushfires, that it’s always burning, and it’s true, these things have happened since time immemorial.
But there’s this sense among people who’ve been fighting fires much longer than I have that the climate has changed — not necessarily that this has caused the fires but that it has contributed in some way. The country is much drier than it was.

I grew up in Oxford and went to university in London. People told me Australia was awesome, but as far as I was concerned I lived in the best city in the world. Then, when I went with a girlfriend to Australia for her work in 2000, I fell out of love with the girlfriend and fell in love with Australia.
After a brief stint back in the UK I moved back to Australia in 2002 with another Australian, Nicola, and we now have children of six and eight, five chickens and a dog. I’m 46.
I work for the software company Oracle but decided I couldn’t do the “burbs”, so we moved an hour outside Sydney to a part of the Blue Mountains. One of the first things I did was to join the rural fire service. That’s part of what you do here. They impressed me.
The front of the fire is just two to three miles from where we live. We have a fire risk rating system, right through to “catastrophic”. Today it’s “very high”. Tomorrow it’s “severe”. I’ll be out on the fire engine with the others, just like today. Nicola and the kids have gone to Sydney to stay with my sister.

We often fight fire with fire. We try to get ahead of the fire and burn into the path of the fire front so there’s nothing left to burn. We try to burn into the lower levels of fuel.
But now we’re seeing containment fires being jumped by the fire. It comes through at a rate of knots, running up hills. The fire is literally jumping over our heads and spotting somewhere else.
We’re very well trained. All the time we’re on the fire engine we’re looking for safety areas where we can regroup if things go wrong. I remember one training exercise where we had put together a practice burn. I was thinking, “F***! This is hot!” I was a bit naive when I started.
It may sound weird, but I’ve been in places where we’ve had cups of tea with the owner of a house in the path of the fire, just talking about stuff to put things out of our minds. You know the fire’s coming.
Then a wind comes and pushes it in another direction or it is channelled in a different direction because of some ravine or other bit of local geography. Then you watch it go past in relief.
Some people have been out fighting fires only to come back and find they’ve lost their own house — hopefully there’s insurance. So I think I’ve been relatively lucky in my three-year firefighting career. Three firefighters have been killed since October.
I’ve never been “flashed over”, or overrun by a fire. But I’ve had a few narrow misses. I’ve been in situations where I felt very hot and couldn’t see my hand in front of my face because of the smoke. When something like that happens, it’s hard to explain to your wife why you’re going out the next day.
When things get uncomfortable, you try to relax, to manage your breathing. Get your bearings. There are situations when you can walk across where the fire has passed — “the black”, we call it. It won’t burn again. That becomes our refuge. What we try to have is situational awareness: you’re always looking out for colleagues as well as yourself. What are they doing? Have you had a drink? Do you need to sit down? It’s about personal safety and the safety of your crew. A good outcome is when six of you go out and six of you come back.
Rescuing people, fireman’s carries and all that, it hasn’t happened. People round here are well organised: lots of people have been through something similar. They know what a southerly does when it comes through.
What we need now is six days of rain to put out the fires. Next week we might get some. Otherwise it could go on until February. The village just up the road from us, Bilpin, got smashed. Down on the coast it’s hitting hard. It’s awful. But there’s that sense we’ll rebuild — we’ll come back from it.
Joining the brigade was the best thing I ever did. Now and then we have thought of going back to the UK. But it’s this community spirit that holds us.” 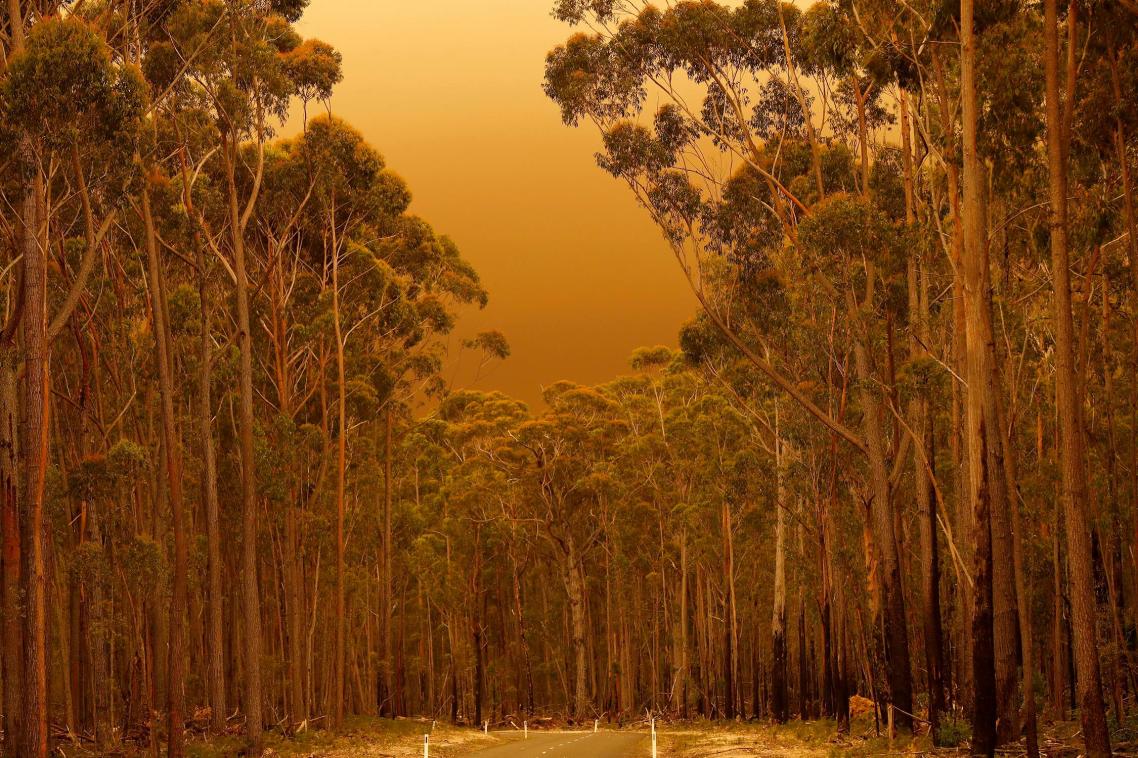