One of the most promising emerging treatments against cancer is immunotherapy, where the body’s natural immune system is supercharged. As promising as they are, these therapies aren’t entirely without risk, but now scientists have developed an emergency brake drug that can switch off the treatment if it begins to spiral out of control.

The research was published in the journal Nature Biotechnology.

“Normally, the immune system does a decent job of patrolling the body for anything that shouldn’t be there, but cancer has a few tricks up its sleeve that lets it hide. Immunotherapy involves training immune cells to better seek out and destroy cancer, and letting them do the work instead of harsh and damaging radiation or chemicals.

One of the most advanced forms is known as chimeric antigen receptor (CAR) T-cell therapy. This involves extracting a patient’s T cells – the foot soldiers of the immune system – and engineering them to recognize cancer, then returning them to the body. Some forms of CAR T-cell therapy are already FDA-approved and are being extensively tested in human clinical trials, with promising early results.

But it does raise some pretty serious hazards. The modified T-cells have been known to get a bit overzealous in some cases and begin attacking healthy cells as well, which can damage organs and potentially kill the patient. Deaths during trials have given scientists pause, and provoked calls for methods to cancel a treatment at the first signs of trouble.

And that’s was the goal of the new study, involving researchers at EPFL, the Ludwig Institute for Cancer Research at the University of Lausanne (UNIL), and Lausanne University Hospital (CHUV).

The team tweaked existing CAR T-cell therapy techniques, building in a kind of loophole that can be exploited to disrupt the treatment if it’s ever needed. The standard process involves engineering a patient’s T cells so they grow specific receptors, which can then recognize and bind to cancer cells. Once there, a signal is produced that tells the T cell to attack the tumor. 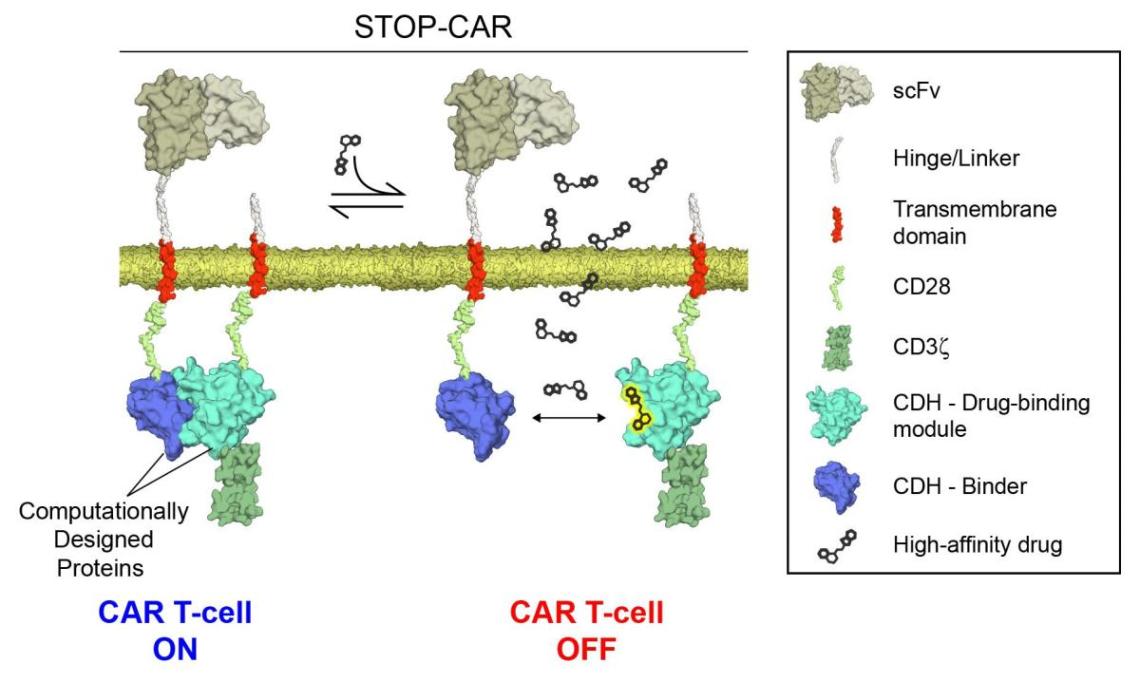 To switch off this process, the researchers changed the design of the receptor so that the attack signal can be interrupted by a particular molecule. In the event of a bad reaction, the molecule could then be administered as a separate drug to pause the treatment.

“The real advantage of this system is that we can switch the T-cell back on again if we stop administering the molecule,” says Bruno Correia, a senior author on the study. “There’s no need to destroy the T-cells if they pose a threat to a patient’s health. The system lets us precisely control the effects of immunotherapy.”

The treatment has been dubbed STOP-CAR. Tests on mice with prostate cancer showed that the technique successfully canceled out a round of CAR T-cell therapy.

Not only could STOP-CAR save lives directly, but the researchers say that it should help speed up the development of other CAR T-cell therapies that are currently too risky to try on humans. It could even be used to give the T-cells time to rest and regain their strength, making them more effective in the long run.”