I am convinced I saw a Lynx a couple of years ago while looking for a fishing hole along the Skagit River. I got off this one photo before it took off. I’m confidant this photo is from that day though I went to NW Trek a week or so later where I saw Lynx.
Ah, wish I had been more repaired. 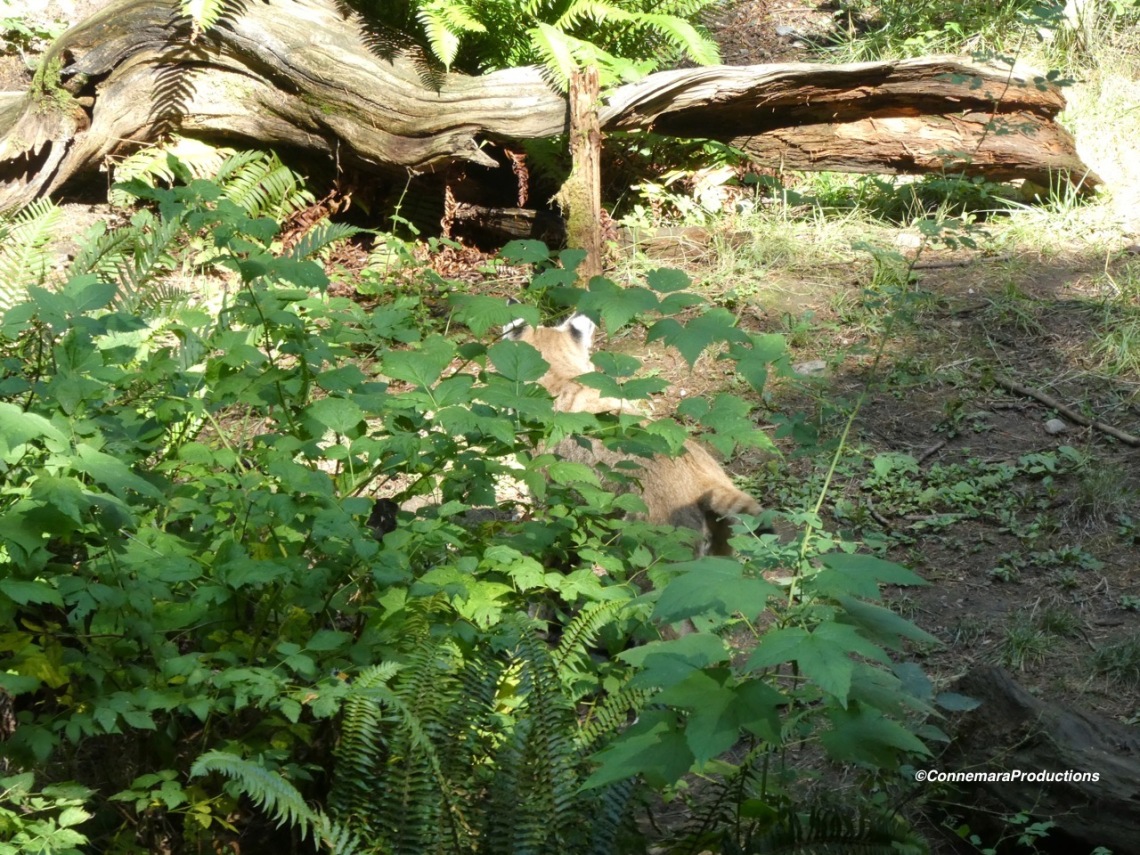 “While the federal government weighs taking the Canada lynx off the list of threatened species, a new study points to reduced populations in Washington State, Colorado and Montana.

In recent years, the U.S. government has considered removing protections for the Canada lynx, which has been listed as a threatened species.

But a recent study in Washington State shows the medium-size wild cat continues to be very much at risk in the Northwest.

The largest-scale survey of lynx in the state relied on 650 cameras triggered by motion detection. The cameras captured two million pictures during the summers of 2016 and 2017, which researchers and undergraduates at Washington State University then scanned looking for lynx.

Led by Travis King, a graduate student, the team found the wild cats in only about 20 percent of 2,700 square miles of potential habitat, according to the study, published online last month in the Journal of Wildlife Management.

“There was quite a bit of concern about lynx in the state, which is why we initiated this study,” said Dan Thornton, a senior author of the study and an assistant professor at Washington State. “That concern is warranted given what we found.”

No one knows the exact number of lynx in the region, though the Washington Department of Fish and Wildlife estimated in 2016 that there were about 54 animals, an estimate that Dr. Thornton’s analysis supports.

But the situation is probably even worse than what the Washington State team recorded just a few years ago, Dr. Thornton said. In 2018, catastrophic forest fires burned through some of the areas that still had lynx. The habitat area affected by the fires will likely take 20 to 40 years to recover, he said, by which point the climate will have warmed further and the lynx will be even less likely to move back in.

“It becomes a spiral downward, which is what we’re worried about,” he said.

The lynx population is believed to be healthy in Alaska and parts of Canada — though there isn’t a lot of solid research about lynx near the Canada-United States border, or how they interact with populations in the lower 48 states, Dr. Thornton said. In Canada, it’s still legal to hunt or trap the animal.

Climate change is likely the main reason for the declining population, he and other lynx experts said, driving a combination of factors: warmer temperatures, which the cold-adapted lynx don’t like; forest fires; and less snow cover, which reduces the animal’s competitive advantage and won’t support its main prey, the snowshoe hare.

“Many of us have been predicting that over the long term this species would be lost from most of its southern distribution,” said Dennis Murray, a professor of biology at Trent University in Ontario, Canada, who was not involved in the study, though he has researched lynx for more than three decades. “Can anything be done? Probably not. We’re probably stuck as bystanders, just watching this happen.”

But having information about the lynx’s whereabouts is crucial for public policy, such as the government’s decision about whether to delist the lynx, said Jeff Lewis, a conservation biologist at the Washington Department of Fish and Wildlife.

The lynx was added to the list of threatened species in 2000, Dr. Thornton said, because there was no management plan to protect it. Now, there is such a management plan, which is why the federal government is considering the delisting move.

But the same factors reducing habitats in Washington are likely at play in Montana and Colorado, which also have lynx populations as far south as the animals can survive. “The long-term trajectory is going to be a challenging one for lynx across their southern range,” Dr. Thornton said.

Dr. Lewis praised the new study for adding to existing knowledge, but said he’d also like data about the quality of the snowpack in the area, which determines whether snowshoe hares will stay and whether the lynx will lose its competitive advantage over other mid-size cats, like bobcats and coyotes.

“There are substantial unknowns and ongoing threats that play into this,” Dr. Lewis said. “None is encouraging from the standpoint of lynx staying in Washington for the foreseeable future.”

Taking out top predators like the lynx can be disruptive to the entire ecosystem, Dr. Murray said.

“This is really a good example of very wise use of taxpayer funds to help our understanding of how our planet is changing,” he said, “and how we might able to mitigate some of those changes or at least forecast how our planet is going to change, so we know what to expect in the future.”