While living in Moscow, Russia, Windsor, England, and Dublin, Ireland, combined with extensive travel throughout Europe, the U.S., North Africa, Central America, and Mexico, Mr. Miller had occasion to work directly and indirectly with several “interesting” people and organizations. ( See YouTube below )

Christopher Ogden, Moscow UPI Correspondent, twice NY Times bestselling author.
“I had no idea what you were up to when we were there…I could not put it down. You captured those times perfectly. Wonderful book!”

“A love story, a spy story, and a great look into Soviet Russia.”
“The Bridge,” tells where and how it all began, for a number of us willing to say yes to adventure.

“This Bridge” shares actual events with a creative narrative connecting the circumstances for those not familiar with the history under Communist rule in the CCCP.
“Any fan of spy novels, history (particularly Cold War history), will enjoy The Bridge” E.Vance

“I have traveled to Eastern Europe many times when I was employed as a history teacher. This was during the late 1990s and I was very impressed with the author’s ability to spin his spy tale around the cities, cultures, manners, and politics of the former Soviet Union. When I traveled to Belarus, it was as if I had traveled back in time. As described by the author, it was extremely authoritarian. I had to turn in my passport at the hotel receptionist’s desk and instructed how to use the elevators. When I reached my floor, I had to check in with the “keeper of the floor”, an elderly woman with no personality at all. She wrote my name down, and the time I arrived and later departed. The author’s description in his book brought back so many memories. I recommend this book not just for the story, but for the tremendous amount of narration about life even now in Eastern Europe.” Gary Rose

Michael Garrett is asked by Natalie, his lover and member of French Intelligence, to travel to Tashkent to meet the Colonel she had been running for years. Her abrupt departure from Moscow and relocation to Paris has strained the management of the most strategically placed agent the French had ever developed. Neither she nor her backup can make the trip that she feels will provide vital information to the west. She reluctantly asks Michael to make the meeting.

One review: “Fascinating historical read that is well researched descriptive and engaging. Communism is a fascinating topic that is definitely hard to understand. How could it have ever existed? This book gives you a pretty interesting outlook. You feel like you are right in it and staying involved every bit of the way. I’m impressed by this authors ability to weave together an interesting tale from history.” 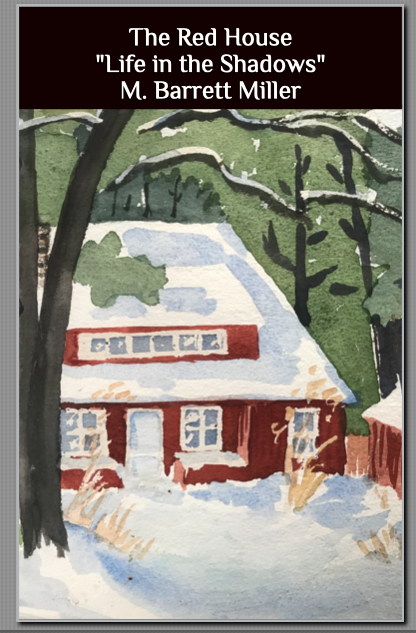 “This book rockets from the “team” kicking back on the beach at Tahoe to the “lads” violently confronting those who are more than happy to destroy a pristine area of Lake Tahoe in the pursuit of making yet more money moving drugs.I loved all the Native American characters, their pride, resolve, and unwavering dedication to their people. I loved it!!”. MJB

“Walking Bear, Wolf Plume, Ghost Bear, et al. Could there ever be more perfect characters? I learned a great deal about people I, unfortunately, know very little about. A great read.” Barry

“The same team from previous “Life in the Shadows” stories head to Lake Tahoe for some downtime. As they relax, they get called into action to help their friends take on some truly horrible characters.” G.McDermott

“What a wonderful story. You brought back so many vivid memories. ‘If you were in Glenbrook, Nevada, in the 40s, 50s, 60s, 70s, and 80s, you will recognize many old friends. If you are new to Glenbrook, you will enjoy making new friends.’ So true!”  R. Michaels, Reno, Nevada

Jack, Mick Garrett, and Henry Mahaney meet Walking Bear, Wolf Plume, and others at a Pow Wow in Washington D.C. before heading for a well-deserved vacation in Glenbrook, Nevada.
Wolf Plume, Washoe Police, officers from the Paiute Nation, the Duck Shoshone, and the Winnemucca Nation ask for their help as they enjoy their well-deserved time out of the intelligence game.
They request help to crush a significant drug operation in and through their reservations routing through various spots on the lake.
Worse, they are further informed that crooked cops are involved, as are some Indian law enforcement officers in and around the Reservations.
As they learn more about a significant shipment and a planned terrorist act to cover the movement of the drugs, the team offers their help as only they can offer if rules need to be bent.

Oo-roo is an Aboriginal word meaning ” See you. ”

“A great addition to the series. Extremely unique and full of engaging prose. This is a talented writer indeed. I will read more.” Venus

“This book has a very interesting story. I am delighted by the characters and how this was written to be a very engaging spy story with a mix of the intricate plot. This is a good read and I enjoyed it so much.”

“These are the same unforgettable characters that shared “Life in the Shadows” in “The Bridge” and “Beyond the Black Stump, and The Red House.”

“A thriller full of friendship, love, truth, and lies leads to an unpredictable end.”

“The specter of restored passport control checkpoints and customs at the border with Northern Ireland is contemplated with horror by people here who remember the delays and inefficiencies that the border used to cause in the old days…” From a speech delivered by a Member of the Dáil.
Brexit is rapidly changing traditional European relationships.
In the middle of these swirling seas, Jack and Mick are tasked with investigating the Republic of Ireland and the United Kingdom’s security, as opportunists look to gain citizenship and set up illegal ventures anywhere they can find a crack in the shield.
These are the same characters that shared their ” Life in the Shadows.”
Visit the sights and sounds of Dublin as Mick and Jack set up a sting on a terrorist importing guns into the Republic. When they complete their plans in Dublin, Jack heads to Australia, and Mick spends Christmas with Nicole and her family in Bend, Oregon.

“A pulse-pounding thriller of terrorism in Northern Ireland, threats to the Royal Family, confrontations, all leading towards just retribution.”

“An engaging action thriller filled with adversaries, excitements and drama!!

“I really enjoyed this action adventure. Edge of your seat.” Amazon
“This book was a page turning action thriller with unique storyline. It was a lot of fun to read and left me wanting more.” HD Rider

Jack, Mick, Mahaney, and Walking Bear are all enjoying a respite from their career pressures when they are alerted to a possible strike on the Royal Family. Mahaney’s recent trip to Northern Ireland to investigate a string of brutal bank robberies has left him suspicious of the SAS and the robberies’ motivations.

Possible action against the Royals by the military has everyone running scared.

The horrors created by those trying to break the Easter Peace Accords are factored into decisions on how to deal with this splinter group within the SAS.

The following books contribute net profit to the Leukemia and Lymphoma Society, The Washington Talking book & Braille Library, The Woodland Park Zoo, the American Cancer Society and other non-profits.

“Meet some unforgettable people who may well change your life!”
“An inspirational book that makes you want to be a better person.” Pikasho Deka
“This book showcases hope, kindness, and perseverance of human beings.”

“…Listen, Listen to My Heart’s Song is a touching compilation of snippets of life, love, happiness, loss, and the invaluable lessons to be learned as we navigate through life. The author tells the stories of others with wit, charisma, and with great care. Each story is conveyed with clever simplicity, allowing for the fullness of the message to shine through. The reader is encouraged to connect with each story and to reflect upon similar themes in their own lives, providing the right blend of enjoyment of others’ experiences and hearkening back to one’s own. Spanning the country and crossing the globe, we meet people from all walks of life in this book, learning and appreciating pieces of their lives as we go... A Great Book.”

“Listen, Listen to My Heart’s Song” celebrates the lives, and stories, of people I have been fortunate to know, if only for a flash of time. I have been lucky to live in several countries and travel a great deal of the world, meeting a wide range of exciting people willing to share their stories.
An African proverb says that: “When an old man dies, a library burns.”
When I first heard that, I was determined to share some of the stories people gently shared with me.
Read about a priest fighting his challenges as he reaches out to those with AIDS.
Meet Bronka, a survivor of Auschwitz and Buna who inspires all who had the opportunity to meet her.
This book is my thanks to them for their time with me.

“Atreus takes you somewhere you probably haven’t been, to the streets with Seattle’s homeless for some incredibly profound observations.”

“This is a very mind opening and touching story. Recommended!” Jams Conway

“A beautifully written short about Atreus’ life living homeless. Emotionally charged in places and vivid. A first hand account about the struggles to face one man, especially the loneliness. I found the alternate between letters and the story itself very effective.”JJ Peer

“This first-hand account of one man’s experience with homeless through letters is at times masterfully poetic, tragic, humorous, and always beautifully human.” Bohmne

Meet Atreus, a homeless man living primarily in an outdoor shelter in Seattle, who shared his thoughts, letters, and notes with me over three years.
These musings came from a man crushed by violence and loss.
His reflections give hope to many who find themselves in similar situations, living on the outskirts of society.
For those not familiar with the trauma of homelessness, Atreus’s story offers a view into the world readers may not be familiar with or understand.
His observations confirm my insights into a group of marginalized people for their station in society.