This whole ploy to eradicate the Postal system is one of the most cynical of all moves by the Trump administration. Seriously, imagine not receiving mail, voting, receiving your medicine, a love letter, a government tax refund etc.
See the chart I included explaining how the Republicans forced “Prepayment of all health care and pensions for the next 75 years!” of the membership of the countries biggest union.
Imagine not being able to vote by mail in Washington, Oregon, California!!
“The Postal Service should be allowed to deliver low-cost financial services to poor and rural communities. And vote-by-mail should be universal.
My Tweet to her sent this morning

“The United States Postal Service is an institution whose roots are older than the Constitution itself. Not only has it survived through snow, rain, heat and gloom of night, but it has also endured a civil war, two world wars, the Great Depression, the Cold War and numerous long recessions.

Along the way, it has provided millions of middle-class jobs, including to men and women of color when nearly every other industry shunned them. Its infrastructure — from horses to trains to jets — has enabled an unprecedented expansion of commerce. Not least, the Postal Service increasingly serves as the bloodstream of our democracy, permitting millions of Americans each year to conveniently and securely cast their ballots.

Yet today it appears that the post office may not survive the summer, as it faces twin threats of the Covid-19 pandemic and deeply misguided federal policy. The economic downturn has drained its finances, and in 2006, Congress forced the agency to pre-fund its pension and health care obligations 75 years in advance — a policy not applied to any other federal organization. 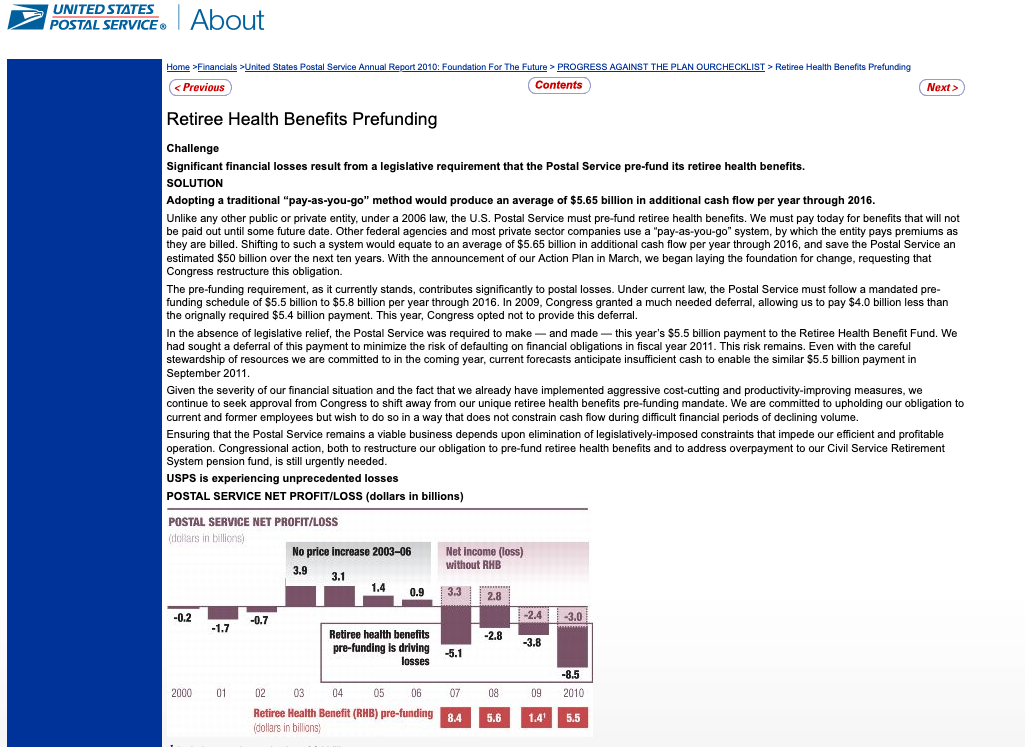 Worst of all, the current administration is focused on hastening its demise. President Trump, who on Friday called the Postal Service “a joke,” is essentially holding the agency hostage, refusing to approve emergency funding unless it raises its delivery rates, which analysts say could artificially inflate its prices.

The Postal Service needs more than relief — it needs reinforcements. I have a three-step solution that will strengthen the post office, provide financial security to millions of Americans and reinvigorate our voting rights.

First, let the post office return to its roots, and provide basic banking services to the millions of Americans without a bank account or those forced to use predatory financial products like payday lenders. Nearly 10 million American households have no bank account, forced to use costly, fringe financial products. Even before the pandemic, these households spent a combined $100 billion a year to cash checks, send money to relatives and take out payday loans for their bills. It’s expensive to be poor in America.

During the Great Depression, postal banking flourished, serving many of the poorest families. My proposal, the Postal Banking Act, would serve a similar population by leveraging the Postal Service’s 30,000-plus locations to create access to a nonprofit bank in every community in the country, from low-income urban neighborhoods to rural areas.

The post office would offer low-cost checking and savings accounts similar to those found at other banks, access to services like A.T.M.s and mobile banking and low-interest loans for families looking for a financial bridge to cover food or heating costs. Not only would this allow families without much income to keep their own money, but a 2014 Postal Service inspector general’s report found that a similar version of postal banking could create $9 billion in revenue a year.

Second, we must eliminate the misguided pension and health care pre-funding policy. The 2006 law requiring the service to finance its health care and pension obligations 75 years in advance costs billions of dollars a year. Even the president’s own postal task force determined that if the service were allowed to use the same pay-as-you-go policy as every other agency, it would have been operationally profitable before the pandemic.

Such changes, coupled with the additional revenue, would mean post offices on main streets in rural America and in underserved inner cities would remain open. Given that the current administration has blocked emergency funding for the Postal Service and its more than 600,000 workers, it’s clear that an additional revenue stream is critically important.

Lastly, the need for the post office to protect our democracy has never been greater. With Election Day approaching, public health experts are warning voters to avoid crowds and long lines. Americans should never have to risk their lives to vote. Thankfully, many states have robust absentee ballot systems in place that, once updated to meet the needs of today, can serve American voters in every community. And it will be the Postal Service that will deliver these ballots, acting as the engine of the democratic process.

Opponents of these reforms won’t be hard to find. Big banks, payday lenders and those seeking to close rural offices and privatize the post office have blocked the idea of postal banking for decades. President Trump and top Republicans in Congress oppose universal vote-by-mail, charging, falsely, that it favors Democrats.

But the overwhelming need for transformative change is greater today than ever. And the Postal Service can deliver it.”

Kirsten Gillibrand is a Democratic senator from New York and a former presidential candidate.